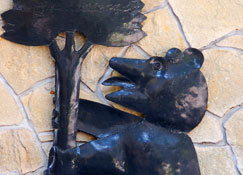 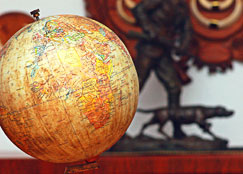 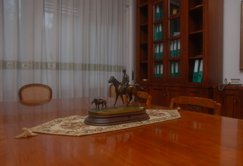 Most important changes of the Labour Code

In this newsletter, we summarize the most important information regarding the amendment of the Labour Code.

The most important information as to the application of the above mentioned regulations is as follows:

The provisions of the old Labour Code will apply to assignment, secondment and transfer until the end of the year. According to the rules of the old Labour Code currently in force the aggregate term of these forms of employment, which are not based on employment contracts may not exceed 110 working days in a calendar year. The most important change from 1 January 2013 in this regard is that the new Labour Code maximizes the aggregate term of these in 44 scheduled working days or 352 hours per calendar year.

4. Compulsory elements of the employment contract, start of employment

The obligation of the employer to provide information at the beginning of the employment relationship was modified and includes new elements. In the future, the written orientation will not have to include the applicable work schedule, the starting date of work and the name of the trade union and the works council. However, as a new element, information must be provided to the employee of the daily work-time, the tasks in the given position and of the person exercising the employer's rights.

The cases of termination of employment were given new names. In the future, the parties will not apply ordinary and extraordinary termination; instead, the employment relationship will either be terminated or terminated with immediate effect. Most of the circumstances of termination - obligation of giving reasons, written termination etc. - remained unchanged. Significant new elements include the following:

7. Term of notice and severance pay

The rules of term of notice were transformed from many aspects. The most significant change is probably the new rule prescribing that in the future no severance pay will be payable to the employee who was discharged by the employer due to his abilities (not related to his health) or his behaviour and the severance pay payable to the employees retiring shortly is determined on a progressive basis - i.e. it is partially reduced. The method of calculation of the period creating eligibility for severance pay was altered also: the employment entitling the employee to severance pay must be effective at the time of communication of the termination and the period in question does not include any periods of more than 30 successive days during which the employee was not entitled to wage. Pursuant to the new Labour Code, the basis of the calculation of severance pay is no longer the average income but the absence fee.

First, we have to point out that the rules of the new Labour Code pertaining to holidays will only enter into force on 1 January 2013 and the holiday regulation of the old Labour Code applies until 31 December 2012. The most important novelty among the effective rules of holidays is perhaps the extra holidays granted based on children to which both parents are entitled but this rule has already been in force since 1 January 2012.

A rather formal than substantial change is that, while the basic number of holidays remains 20 and will not increase with age, holidays based on age will still be available but will be provided in the form of extra holidays. An important piece of information is that no holidays will be granted for the period of incapacity for work exceeding a total of 30 days per calendar year. In such cases, holidays will have to be proportioned similarly as in the case of employment relationships started during the year.

The provisions regulating the granting of holidays will change also. According to the new Labour Code, the employee has the right to dispose of 7 working days and, in the case of holidays set by the employer - unless agreed otherwise between the parties - the duration of the holidays must reach 14 successive days. Before granting and taking holidays, both parties will have 15 days to notify the other party of the dates of the holidays. By the main rule, holidays are still to be provided in the given calendar day. However, in the case of employment relationships commenced on 1 October, the annual holidays may be provided until the end of March of the following year. Based on the agreement of the parties, the base holidays and 1/3 of the extra holidays based on age may be provided until the end of the following year.

There was also a change concerning employers in the registration of holidays. In the case of an uneven work-time schedule, the holidays have to be provided and registered in hours.

The changes based on the rules of the new Labour Code effective from 1 July 2012 regarding the eligibility of employees to wage supplement could be summed up saying that eligibility is not determined primarily by whether the employee works based on a multi-shift, uninterrupted or in a general work schedule but whether he worked normal or extraordinary hours and whether the duration and the scheduling of his work met the other conditions of eligibility for wage supplement prescribed in the act.

In the case of night shifts, i.e. work between 10:00 PM and 6:00 AM, the rate of the wage supplement is 15 percent and it is payable if the employee is not entitled to the 30 percent shift supplement and the duration of the work performed at night exceeds one hour.

The new Labour Code does not apply the concept of average income; instead it uses the absence fee as the basis of calculation to determine, for instance, the amount of severance pay, the rate of liability for damage caused or the amount of the lump sum indemnification payable in the case of illegitimate termination of employment. In respect of the absence fee rules we have to keep in mind that this year the absence fee is to be calculated based on the rules of the old Labour Code; the new rules will only apply from 1 January 2013.

The new Labour Code also brought changes concerning staff leasing. In general, we can say that the rules were simplified and became more transparent and better adjusted to the practical characteristics of labour leasing. An outstanding change is a new rule favouring lessors by exempting them from the regulations pertaining to collective redundancy in the future. This is in line with the industry characteristics which come with the flexibility of labour leasing as otherwise the majority of the companies leasing workforce would take collective redundancy measures almost permanently. They would obviously not be in the position to announce 30 days in advance the leasing of which employees will end, i.e. whose employment will have to be terminated.

Another important change concerns severance pay as a result of which a compromise solution was achieved between the old Labour Code and the first draft of the new one. The rules of the new Labour Code regarding the severance pay of leased employees takes into account the interests of both the leased employees and the employer when it provides that in the case of an employment aimed at the leasing of the employee, the duration of the last leasing under the employment has to be considered for determining eligibility for severance pay. With this rule situations can be avoided in which the severance pay relating to the work period of a leased employee with a lessee company has to be paid by another lessee company.

According to the old Labour Code, in the case of damage caused negligently by an employee, the cap on the employee's liability is one and a half months' of the employee's average income based on the parties' agreement. The new Labour Code maximizes the liability of the employee in the amount of four months' absence fee and differentiates between the negligent cause of gross and minor damage. In respect of indemnification liability, the new regulation introduces the criterion of foreseeability the absence of which may exempt the employee from liability. According to the new rule, the employee may be exempt from liability if the damage occurred in connection with a reason that is beyond the employee's scope of control. In relation to indemnification the new Labour Code introduces the concept of employee assurance, which basically creates the legal background for the court practice already applied.